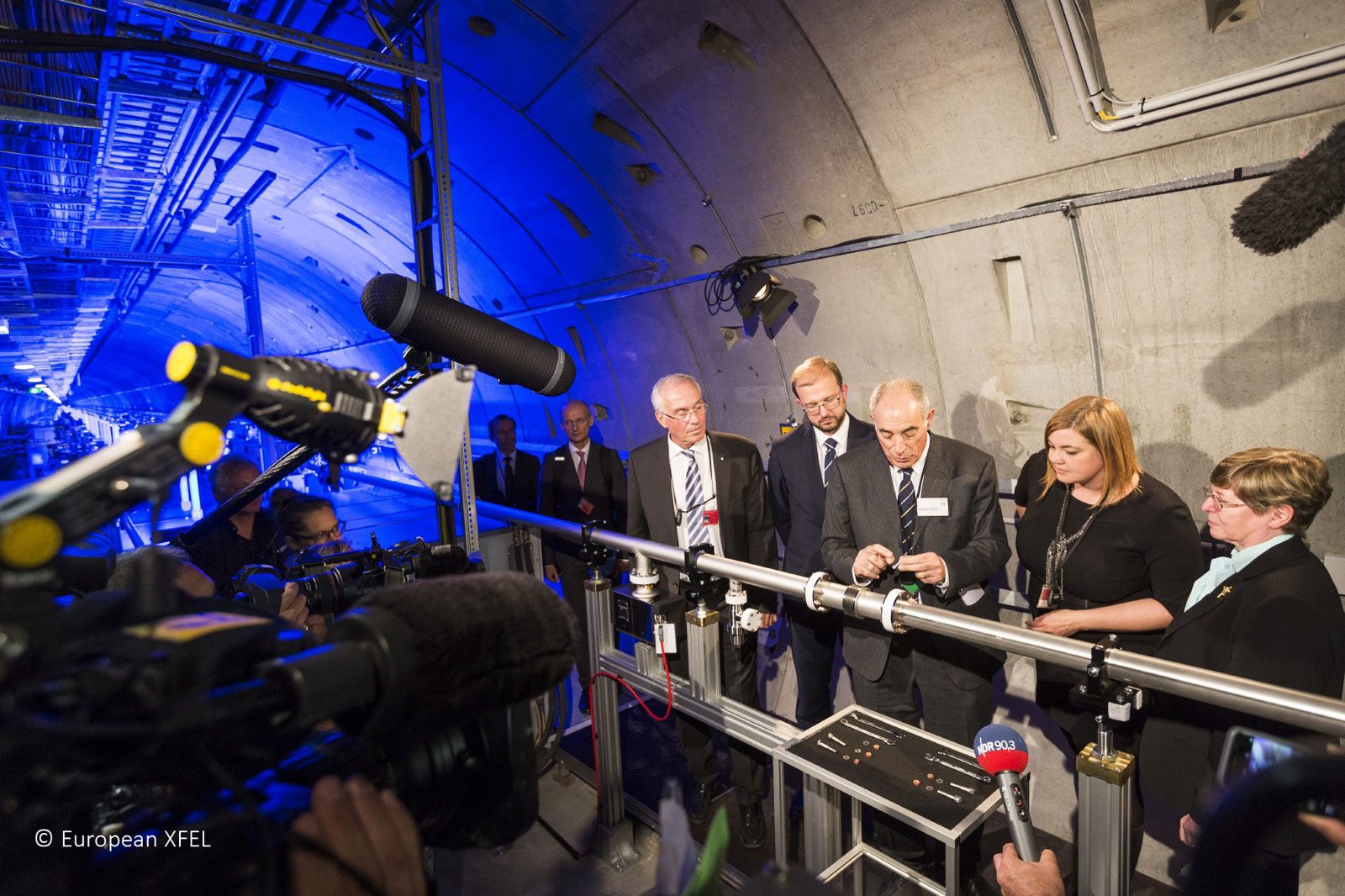 (Hamburg/Schenefeld)
The European XFEL (X-Ray Free-Electron Laser) multinational research project started on 6 October. 350 guests from politics and science accompanied the assembly of one of the last components of the 3.4 kilometre-long X-ray laser. The new research facility, in which 11 partner countries are involved, will be the most powerful X-ray laser of its kind.
As a symbolic act, representatives of the partner countries assembled a stainless steel tube about two meters long in the underground tunnel in front of the experimentation hall, one of the last remaining parts of the X-ray laser.

External scientists will be given the opportunity for their own experiments from the middle of next year. The European XFEL will then produce extremely short and bright X-ray flashes, which will provide new insights into structures and fast processes in the nanocosm. The applications range from structural biology, chemistry, physics and materials science to environmental and energy research. The exploration of states like those in the interior of planets will soon be possible with the system. 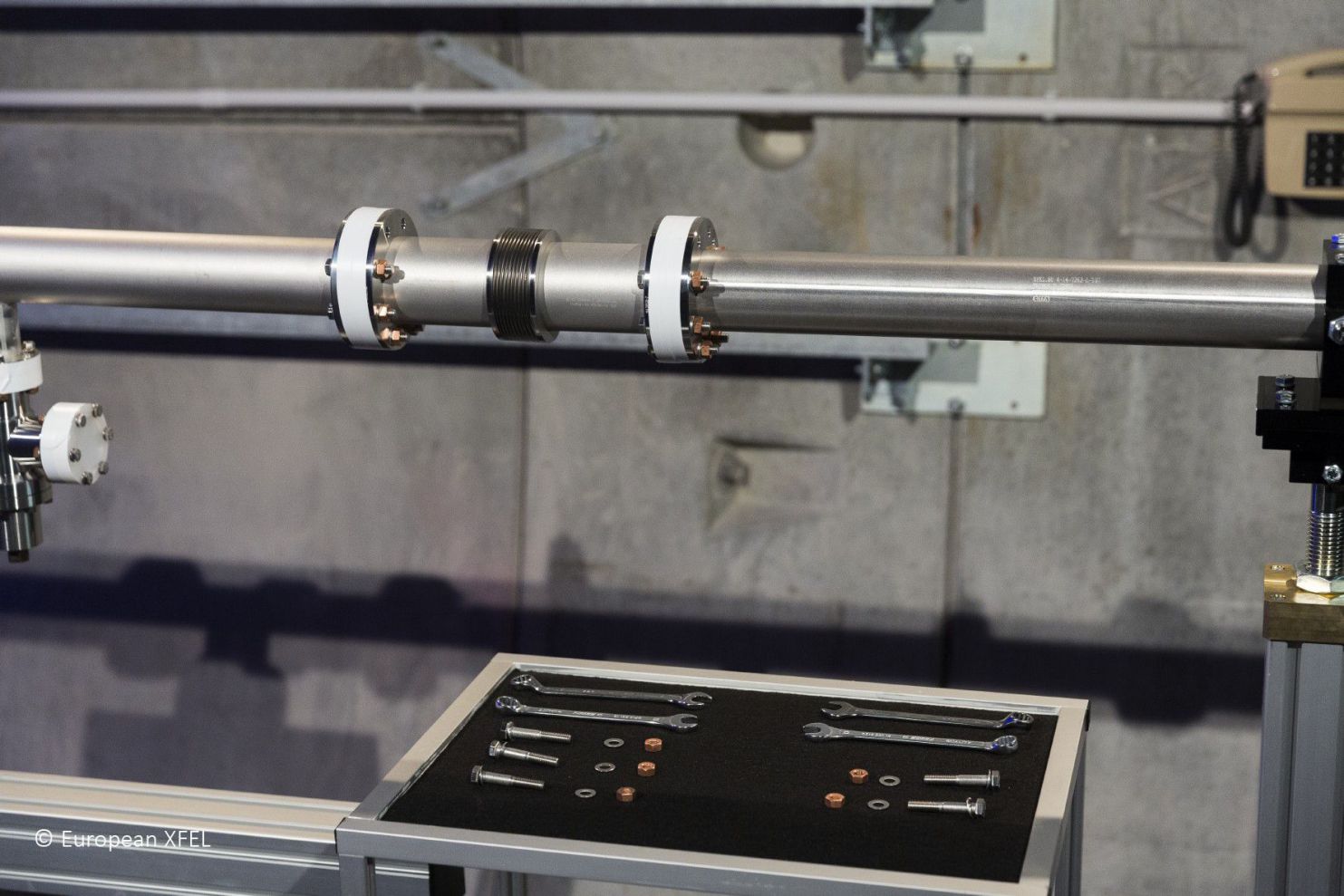 To ensure that the European XFEL was able to start successfully, the highest level of precision was required by all parties involved.
HENKEL is also proud of its contribution as part of this major project. The specialist for the professional chemical and electrochemical surface treatment of metals and metal alloys from Neustadt-Glewe in Mecklenburg has continuously contributed to the implementation of this project. For example, HENKEL has supported the DESY research centre, the European XFEL’s main partner, in optimising the process for the electropolishing of the superconducting cavities made from pure niobium for the European XFEL and has set up a test facility for process qualification at the Neustadt-Glewe site. In the Neustadt-Glewe plant, stainless steel tubing was anodically cleaned by HENKEL for the vacuum systems at the European XFEL and then cleaned, rinsed, dried and packaged in the clean room. As was the connecting tube, internally designated by some as “Minister tube” because of its role at the official opening.