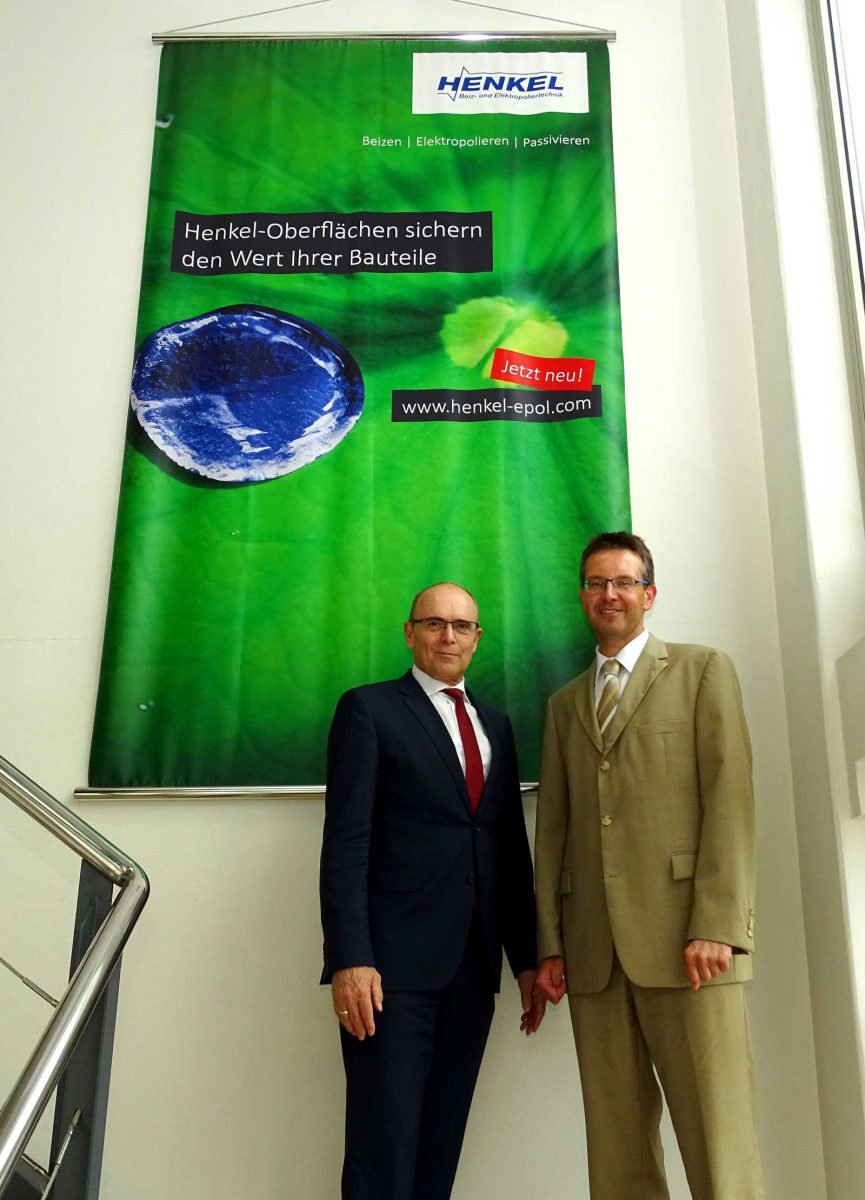 Prominent visit to the Neustadt-Glewe plant. Governor of Mecklenburg-Vorpommern, Erwin Sellering, announced he would make a flying visit to our branch in Northern Germany. Our managing partner, Benedikt Henkel, took the opportunity to inform the Governor about the comprehensive services of the HENKEL Group for the chemical and electrochemical treatment of stainless steel surfaces.

During the one-hour visit, Benedikt Henkel presented the distinctive features of the HENKEL portfolio. Pickling and electropolishing of metal alloys as well as the proper cleaning of components in the clean room or even the electrochemical processing of plant components in the on-site service directly at the customer’s premises were just some of the topics discussed.

During the subsequent company tour, the Governor was able to get a picture of the pickling and electropolishing systems. In addition, Erwin Sellering took the opportunity to talk personally with the HENKEL staff. He was impressed by the dedication and loyalty of the workforce (10 to 20 years of service are not uncommon at HENKEL).

We have been an integral part of Mecklenburg’s know-how for around 20 years and we are also training specialists.

We would like to thank the Governor for his visit, and we hope that the prospects for the state of Mecklenburg-Vorpommern will continue to be good.